Back to Blog Posts 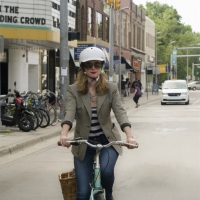 The words “bike commuting” may conjure images of men in spandex, hunched over the funny handlebars of their road bikes, or of women defensively navigating in bright orange safety vests—but millions of everyday people all over the world commute by bike, which really means nothing more than getting where you’re going via bicycle, instead of by car or public transportation. And though many Americans rule out regular bike commuting as too scary or too sweaty, the truth is, in many situations, riding a bike makes more sense than driving a car—and here are just a few examples…

1. When you live five or fewer miles from work

Sometimes, a seven- or eight-mile commute can seem pretty taxing—especially considering you have to do it twice, both to and from work—but five or fewer miles means you’re never riding more than 10 miles in a day (which might sound like a lot, but isn’t really, on a bike). Biking five miles will likely take less time than commuting the same distance using public transportation, plus you’ll arrive at work feeling more focused (exercise before work helps you focus!), without looking like Jim from The Office, when he tried to bike to the Stamford branch.

2. When public transportation is inaccessible

Even in cities like Ann Arbor with strong public transportation infrastructure, there isn’t always a bus to get you where you want to go—and even when there is, the nearest bus stop might be miles away. A bike can be a great way to either extend your bus commute or get some exercise on the way to work. Plus, you can put your bike on the bus!

3. When you have to commute to your gym anyway

If, like many of us, you have to make a special trip to the gym—either because your gym is near your office, or because the cheapest gym option is mildly inconvenient—save time and money by riding your bike to work and skipping the gym entirely! Or, if you still want to go to the gym to lift weights, use your bike commute as a cardio warm-up and skip the treadmill when you arrive. Bonus: you can hit the gym shower after and cruise right to work, fresh as a daisy and ready to focus—because remember, exercise before work helps you focus.

4. When whatever you’re buying fits on you or your bike

If you’re headed to Home Depot to buy cinder blocks for a new backyard deck, a bike is maybe not the vehicle to choose. But if you’re just grabbing a few things for dinner, getting a package from the post office, or even picking up a bag of laundry from the laundromat, a bike is a great way to save gas—or to save your back, if the alternative is walking and carrying the load yourself. Let your bike and your legs do the heavy lifting (these bike accessories will help you out), and get it done faster than you would walking—and likely even faster than fighting traffic.

…and, let’s be honest, when doesn’t it? In the 10 minutes it takes you to park a car, you could’ve run a separate errand by bike and not wasted the gas or the time circling the block.

So while you might not be ready to totally ditch your car completely, if any of these situations is familiar to you, you might be ready to ditch your car at least on these occasions (here’s a guide to get you started)—and now that many cities have invested in public bike programs, you might not even need to own a bike to do it! Any other times when riding a bike makes more sense than driving a car? Let us know in the comments, or tweet at us. Happy riding!

Emily Rose, born and raised in Lexington, KY, received her BFA from NYU/Tisch. 2016 marks her 10th year in New York, and over the past decade she’s produced a country music EP, performed Shakespeare, recorded voice-overs, taught music to tiny children, and become the Director of Digital Marketing for Brooklyn Bicycle Co. She’s eager to own a funny-looking dog and publish a children’s book. Follow her on Instagram and Twitter@the_gremily